POPULARITY, the social status, that so many of us crave for our kids and yes, let’s face it, often for ourselves as well, may actually NOT be a healthy scenario. Yes, you read that correctly. The rosiness often associated with this term may need to be re-evaluated. The blush may be off this rose that we refer to as popularity- that term that evokes desire, longing, and fear, in millions of us throughout all stages of life but particularly during the teen years. 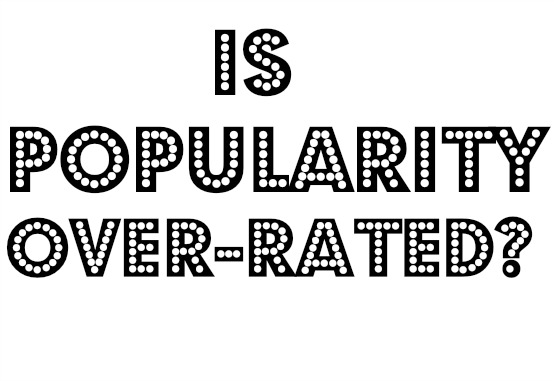 In a study in the Journal Child Development, popularity among young teens was found to be a double-edged sword. The group studied consisted of almost 200 boys and girls of various racial and ethnic backgrounds who were in the 7th and 8th grade. And, yes, these do tend to be the years when teens are most concerned about their social standing among their peers.

On the bright side, the popular teens had some positive qualities. Their social skills appeared to be stronger and they tended to have closer relationships with both their mothers and their closest friends. On the darker and less rosy side, they were found to engage in a higher level of problematic behaviors including alcohol and substance abuse. Perhaps, being a member of a group of trendsetters contributes to the higher likelihood of engaging in riskier behavior because of the link described by the lead researcher of the study-Allen. The popular kids who also tend to be the trend-setters may be acutely aware of the expectations of the “cool” peer group and may be more susceptible to engaging in behavior that helps them fit in.

And, according to everything that I have read, the double edged sword gets even edgier. Popularity during youth does NOT seem to give individuals an advantage in life over those who have a few good friends to see them through both their joys and struggles. The key to much of life’s satisfaction appears to be that you have at least one good friend who is attuned to you and really “gets you”. Whether or not these individuals are the most sought after for parties and other exclusive social events seems to make little difference.